As you may know, Spain boasts 17 different local communities or regions, the terrain and climate changing markedly from one to another.

And Spanish cuisine alters along with the geography and clime – hearty meals in colder, mountainous areas; lighter dishes where it’s hotter.

On this page, you’ll discover an overview of traditional culinary specialties for each of Spain’s wonderful areas.

Spain takes her food seriously, so you’ll find plenty below to keep you occupied!

When you’re through, you may like to put on your pinny and try out a few tasty Spanish recipes.

But, for now, let’s take a look at Spain’s gorgeous food, region by fascinating region, starting with the regions in the north of Spain …

Spanish Foods in the North of Spain

Here, the Atlantic and Cantabrian Seas provide heaps of healthy fish and seafood.

The Basque Country is famed for its delicious Spanish foods and exquisite sauces – a veritable gastronomic delight!

You’ll find a fundamental part of its cuisine are stews, fish and seafood dishes.

As well as local fishing, the Basques also catch cod off the shores of Iceland and Norway, where they salt and dry it, ready for sale throughout Spain as the popular salted bacalao.

On to Galicica … a region of wonderful, wholesome Spanish foods.

Surely, nowhere else in Spain will you encounter such a wide variety of fish and seafood, complemented with abundant local vegetables … plus, top quality meats from its rich, green pastures.

On top of that, it’s noted for soft artisan cheeses – tetilla – plus tasty hams and cold meats from Lugo, Maside, Sarria, Lal n, La Coru a …

Along with local fish and seafood dishes, hearty soups and stews are the order of the day:

From Asturias comes a wonderful, dry cider, which I love.

Spanish foods of the area include heaps of fish and vegetables … also white haricot beans, which are the base of many local dishes – for example, their delicious fabada asturiana.

In fact, the best and most expensive haricot beans originate from Asturias – La Granja.

Fresh, fat local sardines and tuna also play an important part in local cuisine, as does meat – pork in particular.

Continuing to Navarra … noted for tender lamb, suckling pig, and, once again, abundant fresh vegetables – including plump white asparagus and spicy pointed peppers (pimiento piquillo) which are canned and sold throughout Spain.

Numerous religious convents of the area supply delicious sweet Spanish foods and biscuits, and the region is famed for its rich wines.

… plus many roast dishes using milk-fed lamb and suckling pig.

La Rioja – apart from its fine Spanish foods – is another region renowned for superb wine.

Local fresh vegetables, meats and poultry are also in plentiful supply, as is the abundance of hams and spicy chorizo sausages.

Cod plays an important part in local cuisine too (bacalao a la riojana), as do white haricot beans and the simple yet succulent sauces.

Aragon … where pork is the king of meats, with lamb a close second.

Also home to a wide variety of sweet Spanish foods – cakes, marzipans, turrones, plus desserts made from flour, sugar and almonds.

Plus … snails …! Try caracoles picantes a la aragonesa (if you dare!) accompanied by one of the superb local wines!

Foods in the Eastern Part of Spain

This is where you’ll find the famous Mediterranean Diet – considered so tremendously healthy because it’s based on the local Spanish foods of fish and seafood, olive oil, plus fresh fruit and vegetables.

Catalonia is famous for its tasty sausages – in particular those from the town of Vic.

The white butifarra sausage contains pork, tripe and pine nuts, whilst the black variety has blood, belly pork and spices.

The region also produces many types of cured sausage, such as the finely textured llangonisseta and the long dry fuet. The local cheese is the tasty Mat cheese.

The Valencia Community is the world’s largest exporter of oranges … plus a major grower of lemons, satsumas, clementines and almonds 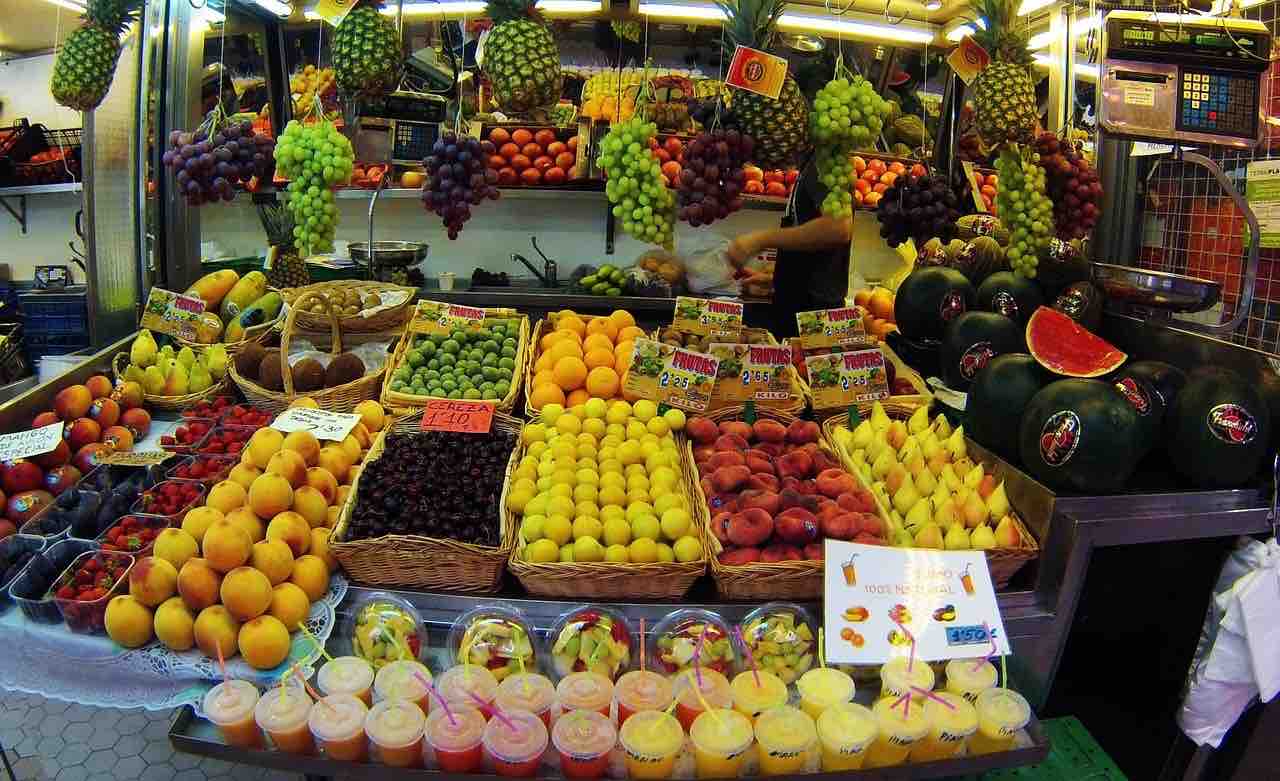 No wonder that the best-known of all Spanish dishes originates from this community – that s right, the paella!

Fideus a la cassola is another local recipe – a sort of noodle dish with a mixture of colorful ingredients.

The abundance of almonds is used to make sweets:

And … you can pleasantly round-off any meal with the local Puzol cheese.

Murcia … Fertile plains provide tomatoes, broad beans, garlic, vegetables and pulses for much of Spain, not to mention rice and paprika.

And traditional Spanish recipes include … 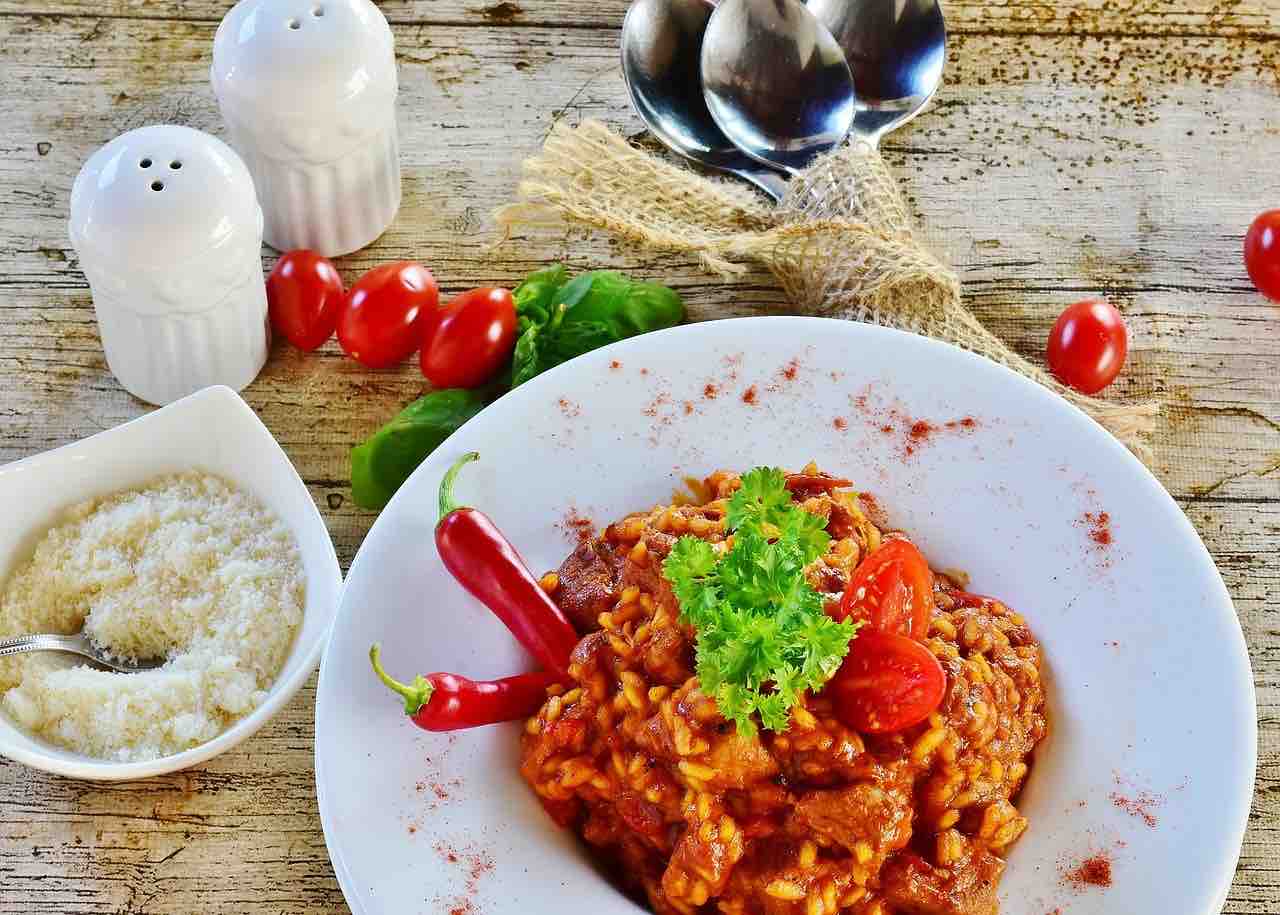 Foods in the Southern Part of Spain

With its vast olive fields, Andalucia’s the third largest exporter of olive oil to the rest of Europe.

As far as local cuisine goes, tomatoes and peppers are much used, as are local sherry vinegars for salad dressings.

Grilled fish is extremely popular – in particular sardines and calamares (squid) and, in the mountains, stews of tripe and chickpeas are common fare.

But, perhaps Andalucia is most famous for its delectable tapas – it was in this region that they were invented. You’ll find 300 temtping tapas recipes here.

The Arab influence resulted in many sweet dishes and desserts:

Extremadura … As with the rest of central Spain, Extremadura has a plentiful supply of game – wild boar, pheasant, partridge, hare – and these ingredients are the base of many local dishes.

There’s also a tantalizing variety of local cakes and buns, such as the almond-based furrinillas.

Castilla La Mancha. As far as Spanish foods go, this area is best
known for its saffron or azafrón.

Saffron was introduced into Spain by the Moors, centuries ago. 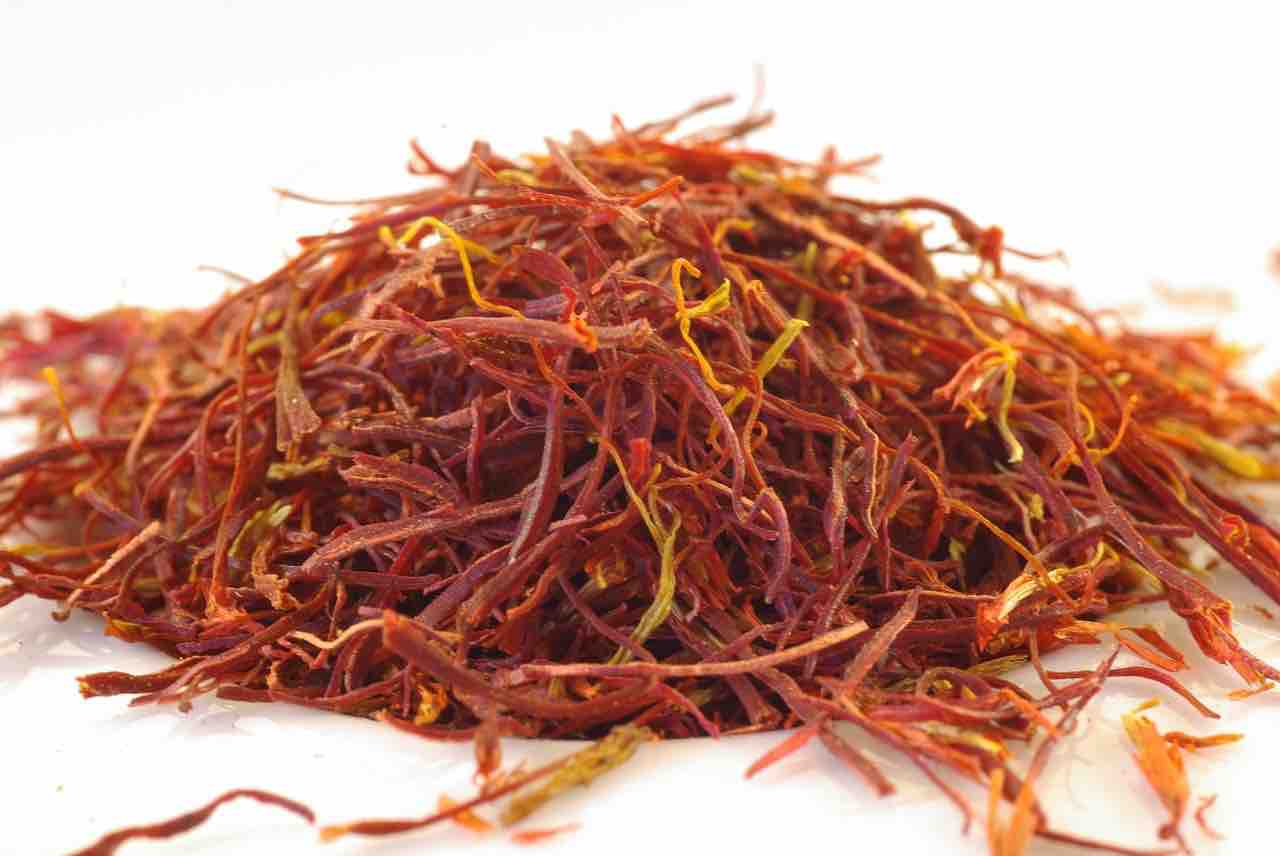 Its strands are soaked, crushed or toasted to add the gentle golden color and marvellous aroma found in many of Spain s traditional
dishes, in particular its rice dishes.

Saffron strands are the stigmas of the purple autumn crocus and it’s the world s most expensive spice, costing more per ounce than gold!

The local Manchego cheese – made from sheep s milk – is also widely regarded throughout Spain.

Dishes typical of the region using local Spanish foods include:

Madrid is not an area known for being a great producer of Spanish foods, but it does offer excellent preserves and cured meats.

Madrid restaurants are a rich source of specialities from every Spanish region, often offering superb fresh fish on the table within a few hours of being caught.

The best known of local traditional fare is the adaptable cocido madrileño, providing up to three courses cooked in the one pot! It is, essentially, a slowly-simmered stew of beef, chicken, ham and belly pork with chickpeas, cabbage, chorizo and morcilla. The stock is drunk first, as a soup, and the rest is often served as two separate courses.

Apart from some very fine roasts, another local recipe is for tripe, or callos a la madrileña. And you’ll enjoy a rich variety of local sweets and cakes such as rosquillas listas de san Isidro – a type of doughnut.

Castilla y Le n is a traditional farming and agricultural land where an enormous variety of Spanish foods are produced, pulses or legumes in particular.

Here you’ll find some of the best white haricot beans – alubias blancas of Barco de vila; the chickpeas of Fuentesauco; and the lentils La Armuña.

Consequently, many local dishes consist of a variety of wholesome, one-pot pulse/legume stews.

Many tasty cheeses are produced: a soft, white cheese from Burgos; a hard cheese from Páramo de Masa; a cottage cheese from Sedano; plus cheeses from Villalón and Armada.

Foods in the Spanish Isles

What about Spanish foods away from the mainland of Spain, on its two groups of islands – the Balearics and the Canary Islands?…

Balearics. Traditional recipes vary from island to island but tend to reflect the cuisine of Catalonia with its mixture of sweet and savory.

Fish, seafood and pork are main ingredients, combined with a generous mixture of vegetables.

Ma , the capital of Menorca, is reputed to have invented mayonnaise, and is also home to a fine local cheese.

Drinks produced on the island include a highly perfumed gin, plus liqueurs such as palo, flavored with crushed almond shells.

Mallorca is home to the spicy sobrassada sausage and the sweet pastry known as ensaimada.

Along with a good selection of soups, local dishes include:

The Canary Islands are, probably, most well-known for their bananas!… the small, sweet La Gomera variety, as opposed to the larger plantains.

The temperate climate also produces a wealth of other tropical fruit – guava, mango, papaya – and vegetables.

Local drinks include a rich, amber-colored Malvas a wine; a selection of spirits such as rum; plus coffee, orange and banana-flavored liqueurs.

Many local dishes are served with papas arrugadas – a popular potato dish.

Gofio is a type of Guanche cornmeal, used to thicken typical Canary stews and to make their bread.

And Queso de Flor/Gu a is the local cheese.

Other typical dishes of the area include: