So, on this page, we’ll look at different types of Spanish beverage, and follow with links leading to a super selection of easy Spanish drink recipes – both alcoholic and non-alcoholic.

Spain’s the third-largest producer of wine in the world, offering a distinctive range of superb quality at very reasonable prices.

Bodega means wine cellar, and this is normally the best place to buy local varieties. But, a trip to the supermarket often serves just as well.

You’ll discover a tempting selection of authentic Spanish recipes to go with your drink on this page.

Most Spanish table wines come from northern and central Spain, and the classified wine regions are regulated under the Denominación de Origen system.

Key wine regions in Spain include:

Sangría is a favorite Spanish punch drink, made from wine, fruit drinks and – sometimes – brandy.

Also popular in the hot summer weather is a long drink made by simply combining red wine with gaseoso – a sort of fizzy lemonade.

You’ll find more information about Spanish wine on this page. 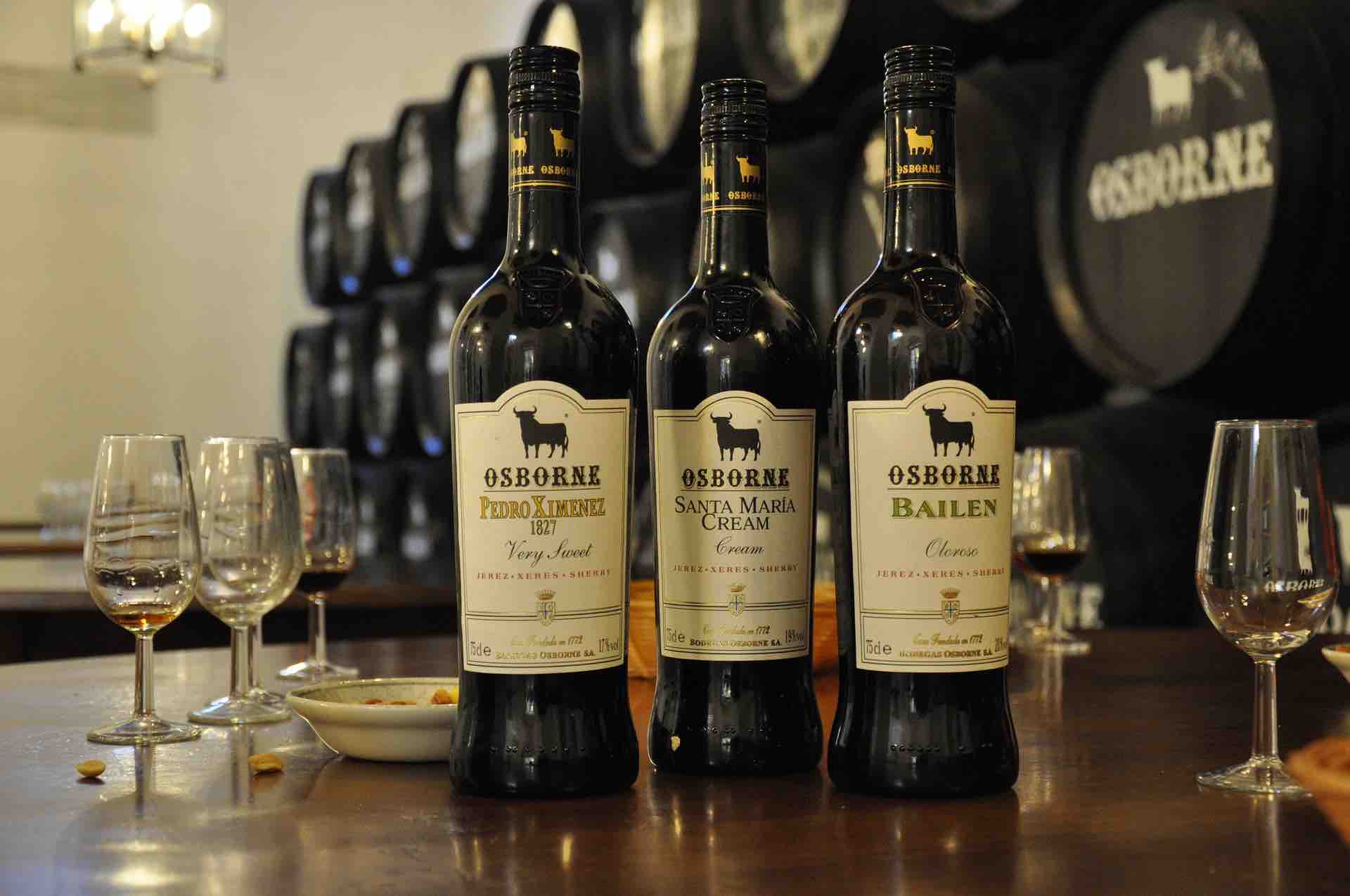 Which Spanish city gave its name to sherry?

The answer, of course, is Jerez – down in the sultry, southerly region of Andalucia.

The Spanish tend to prefer fino – a pale, dry sherry.

But the darker-colored, medium and sweet sherries are extremely popular in other countries.

Another famous export of Spain – a distilate based on sherry – is brandy.

Heavier and sweeter than the French brandies, popular Spanish brands include Osborne, Soberano, Fundador and 103.

Moscatel is a strong, fortified wine, but keeps like sherry, once opened.

It has a similar taste, but is cheaper, and can be used as a substitute for cooking.

From the Muscat variety of grape, Moscatel ranges in color from golden-amber to red.

Most mass production in Spain takes place in the Valencia Region.

Cava is a Spanish sparkling wine – Spain´s equivalent to champagne.

However, in 1970, the European Union banned the use of the word Champagne, except when used to describe the sparkling wine produced in that small area of France.

Cava was first produced by José Raventos in 1872, giving it the name of Codorniu – in honor of his ancestors.

Although Codorniu is the oldest producer of cava, in 1914 another family estate started to produce a cava called Feixenet.

There is much rivalry between the two groups.

At the moment, their sales in Spain are equal but – in the export market – Freixenet leads the way.

The northerly Spanish regions of Asturias and the Basque country are famed for their beautiful cider, or sidra.

Made from apples, this gorgeous drink is – traditionally – a still cider.

However, you can also find bottles of bubbly cider – which is rather like cava, but a little sweeter.

Whatever your tipple, may I wish you “Salud” and “Arriba, Abajo, Al Centro, y Adentro!”