In England, we traditionally bake our rice pudding in the oven.

But, in Spain, they cook their arroz con leche in a saucepan on top – on the hob.

The result is a lot creamier than the English one … but you’ll have to keep stirring, otherwise it’ll stick to the pan, and you’ll need to keep the heat nice and low.

Another major difference between English and Spanish rice puddings, is that the Spanish tend to make the most of their wonderful abundance of citrus fruits, and tip any orange or lemon peel into the milky mixture, to add a fruity flavor.

They don’t use just the zest, but the whole peel … removing it prior to serving, of course.

You can make this simple arroz con leche extra special by mixing in a little orange liqueur and/or sultanas/dried fruit at the end. 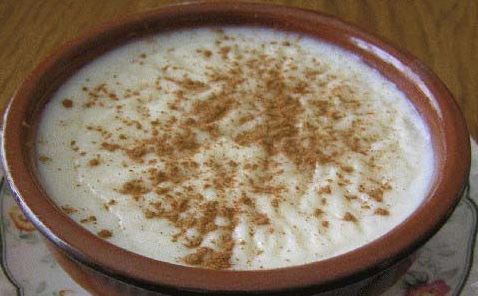